It is the mission of the Garrettsville Police Department  to serve the public with courtesy, integrity and professionalism while being respectful and responsive to the populous we serve. The mission shall be carried out through the cooperation of our officers, other agencies and the community while maintaining the highest level of accountability.

K-9 Jack is a German Shepard that was born in the Czech Republic on March 28, 2014.  In March of 2015, K-9 Jack was brought to the United States by Von der Haus Gill Kennels in Wapakoneta Ohio.  K-9 Jack was selected by Chief Christopher and Sergeant Whan to be the next K-9 for the Village of Garrettsville.  Later that month, K-9 Jack and Sergeant Whan attended a 6-week training course at Von der Haus Kennel in Wapakoneta Ohio.  Upon completion of the training, they were certified by OPOTC (Ohio Police Officer Training Commission) and NAPCH (National Association of Professional Canine Handlers).  K-9 Jack is trained to locate narcotics (Methamphetamine, Heroin, Cocaine and Marijuana), perform building searches, area searches, tracking, evidence recovery, and apprehension.  During the time K-9 Jack and Sergeant Whan have been together as a team, they have logged over 1000 hours of training and have over 350 deployments. 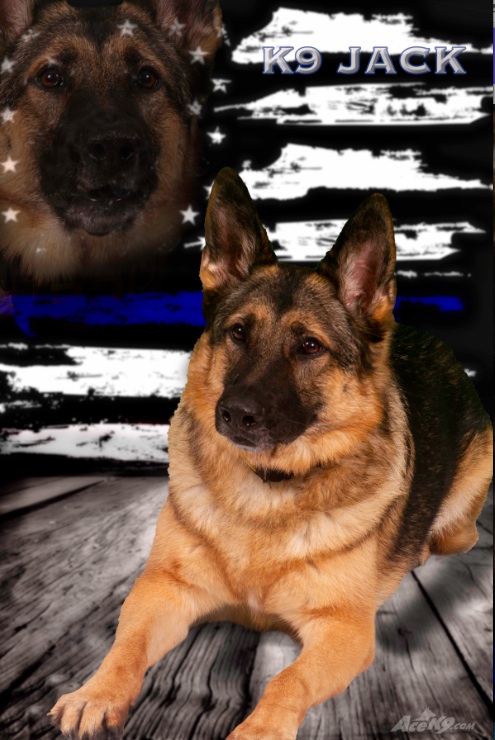 Our K-9 program is a vital asset to our department and plays a large role in keeping our great community safe.  For anybody wishing to help keep the K-9 program running strong, donations can be made to the Garrettsville Police K-9 Fund.